By his count, Little has killed 93 women across America. Seven here in Ohio (3 in Cleveland, 1 in Akron, 1 in Columbus, and 2 in Cincinnati). Over half have been confirmed by law enforcement.

We are doing more DNA testing and will do a search in Genealogy databases on remains found in 1983. These may be the bones of his 3rd Cleveland victim. 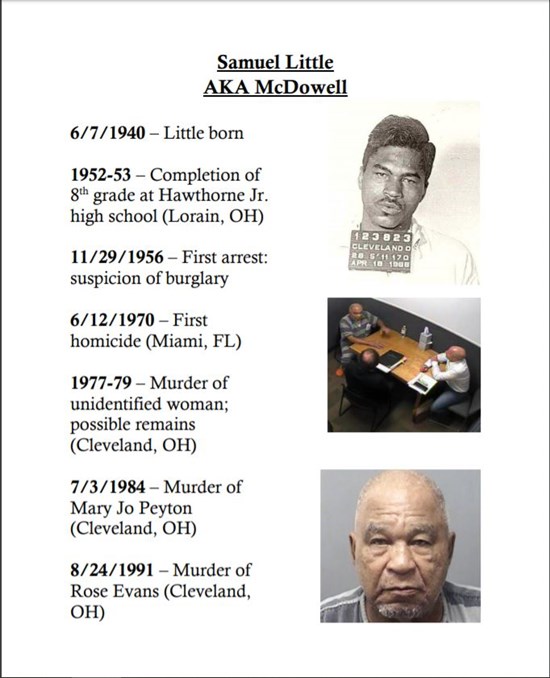 There is one more Cleveland murder to solve. Little killed an unknown victim between 1977 and 1979, she was about 19 years old, some remains and clothes were found in 1983. 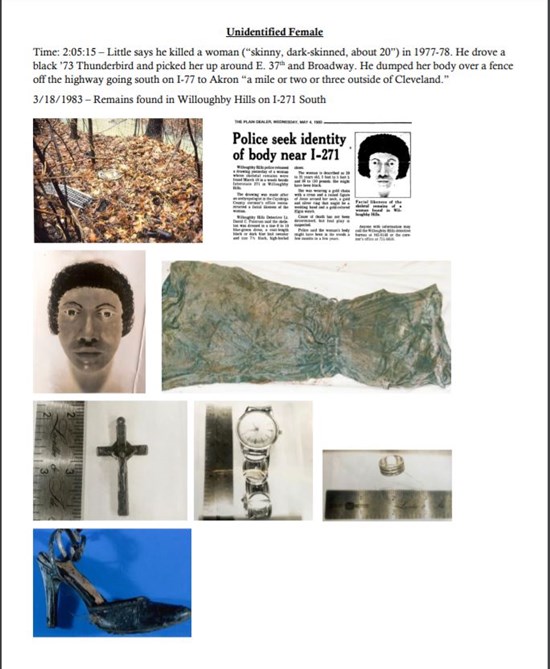 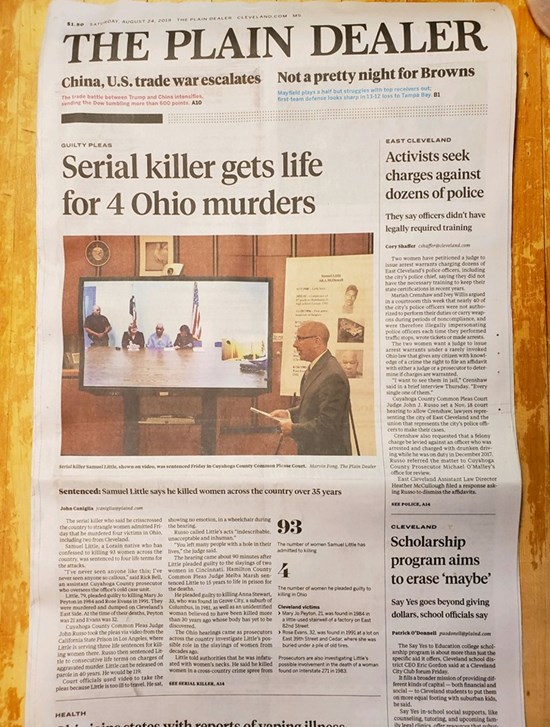